Home MBA The Evolution and History of MBA

The History of MBA degree is very fascinating and the program was introduced in the United States in the early 20th century as the country industrialized and companies sought out new management techniques. Most students enrolled in MBA programs without any work experience, right after receiving their undergraduate degrees. In 1908, Harvard University’s Graduate School of Administration was established, offering the world’s first MBA program. There were 47 students enrolled at the time. In 1940, the University of Chicago Booth School of Business offered the first executive MBA program for working professionals. This option for working professionals now constitutes a popular program in most business schools. The first MBA degree was awarded outside the United States in 1950 by the University of Western Ontario in Canada.

In the 1950s, however, American MBAs were considered irrelevant to the world of business and many thought of the schools as second-rate. Colleges reacted by increasing teaching standards to create the type of class schedule used in many MBA programs today: core business courses the first year, followed by a specialization or concentration the second year. Plus, MBA programs now focus on more than just academic knowledge. They also emphasize skills such as ethics and other practical skills that students can apply to real-world situations.

The MBA degree has been adopted by universities worldwide, by developed and developing countries alike. Even though it has been around for a century, an MBA is a coveted degree that has great value throughout the world. Because of this, thousands of people enrol in MBA degree programs every year in order to increase their skills and move up the corporate ladder into executive-level positions. An MBA program in the United States typically lasts two years. In Europe, where MBA courses were first introduced in the 1960s, an MBA program usually lasts from 10-12 months.
The MBA program has evolved dramatically in the past two decades.

Here are some important changes that have occurred:

The MBA has also evolved into more than just a general business degree. Students can now choose to study for an MBA distance degree in a variety of concentrations, including finance, human resources, economics, e-commerce and many more, depending on the institution.

Here are some statistics regarding the average student pursuing their MBA:

Is Distance Learning Right for You? 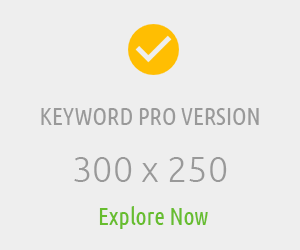